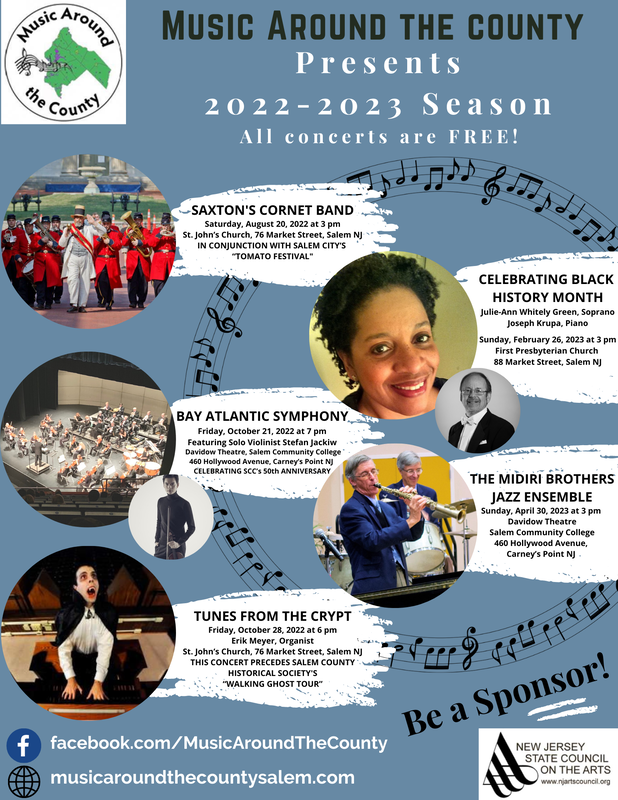 We are excited to share our 2022-2023 Season with you! Join us for outstanding performances! Consider becoming a season sponsor today! Check out our Support Us page for more information!

"A Day in the Life..."
The show is entertaining and gives the listeners a true feeling of what it would have been like to live in such a tumultuous time in our nation's history by using the music as a conduit to the past.

The second part would be "A day in the life" of a person living in 1860's America.  You would hear the town band playing the operatic arias and the popular songs that people would be performing and singing in their parlors.  There is also an authentic joke or two that might appear during this portion of the show, just as it would have in 1865.
​
Saturday, August 20, 2022
3:00pm More information about the Erik Meyer below!
Erik Meyer View our past season concerts!